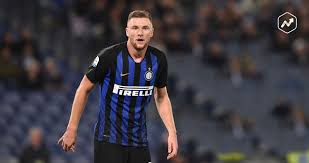 Speaking to Sky Italia, the centre-back was asked about the current situation at the Nerazzurri and he replied saying: “Like all players I want to win something. That’s because players are remembered for what they won. For many players, the dream is to win the Champions League and the same goes for me. I must start slowly because I haven’t won anything yet so I have to start by winning something. Of course, winning the Champions League with Inter would be even better. Hamsik played at Napoli for 12 years. If I do that with Inter then I’ll certainly be happy.”

Skriniar has more than three remaining on his current deal with the Nerazzurri but his agent has confirmed that talks are already underway over an extension with a wage hike. Meanwhile, the centre-back has himself revealed that the discussions are underway regarding the same and he remains committed to the Nerazzurri for the next few seasons at the least.

Meanwhile, Inter have gone through a mixed run of form since the winter break and they are currently just two points ahead of fourth-placed AC Milan on the table. Moreover, fifth-placed Roma are within three points behind them and they really can’t afford to drop points hereafter, if they are to qualify for the Champions League for the second season running.

Inter are scheduled to face Cagliari on the road during the forthcoming game week and anything less than a win would surely increase the pressure on both the players and the manager.